In preparation for next year's convention, we're going to be retooling the website over the next few months.

In preparation for this, we're going to be playing with the layout and content of our current site over the next few weeks, so don't be alarmed if you see things disappear in the short term.
Posted by SCGC at 07:16 No comments: 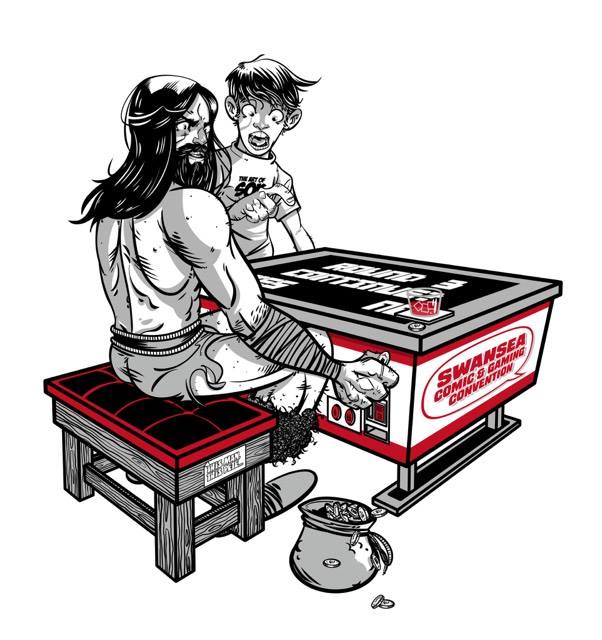 A few weeks have passed since SCGC 2017. We’ve had some time to reflect on the success of the event, and we have got a few things to share with you.
SCGC2017 - saw us move to a new bigger venue that really helped to get more people into the convention at one time, meaning that the 1000+ attendees were granted quicker access with little to no queues throughout the day.
We saw an increase in trader space too, with 33% more stalls than we had at the Volcano theatre in 2016. These were both returning traders and a great mix of new traders to offer a much wider choice for all our visitors.
Another new feature of SCGC2017 was the guests that we had in attendance. Dylan Teague, The Etherington Brothers, Conor Boyle, Steve Lockley, and Dyfrig Griffiths.
We also expanded the range of activities on offer with GAME attending with a range of consoles and VR for people to try out free of charge and TCG tournaments. On top of these activities we also saw the return of Esdevium Games who were running taster sessions for a number of table top games, the Swansea Comics Collective wall comic, a full program of panels, the Cosplay competition, and live music from the amazing Jollyboat.
Taking all of that in to account and to thank you for the continued support that you guys have shown us we thought that we’d surprise you with an announcement!
Swansea Comic and Gaming Convention will return once again to the Brangwyn Hall in 2018! So mark off your diaries as you’ll be busy on the 5th of May 2018!
Thank you to The Art of SoK for another awesome gamer barbarian piece!
Posted by SCGC at 11:15 2 comments:

So here it is! Our official video from this year's event! POW!

Thanks to Miles at Arc Fire Productions for the splendid job filming, editing, sweating, bleeding and tearing up. Thanks to Lydia, our producer, and Jack and Catie our presenters!

If you spot yourself, or anyone you know, let us know by liking and sharing!

Sadly, we've just received this message from the guys at theVRzone;

"Due to unforeseen circumstances theVRzone is unable to attend this year's Swansea Comic and Gaming Convention and we wish the organisers and all who attend a great time!"

We're sorry that they've had to pull out at the 11th hour, and we hope everything is ok with them.

So, our not-so-mystery top prize is winging it's way to us from LEGO HQ in Denmark. But what else will you be able to win at the raffle?

Check out this little lot; 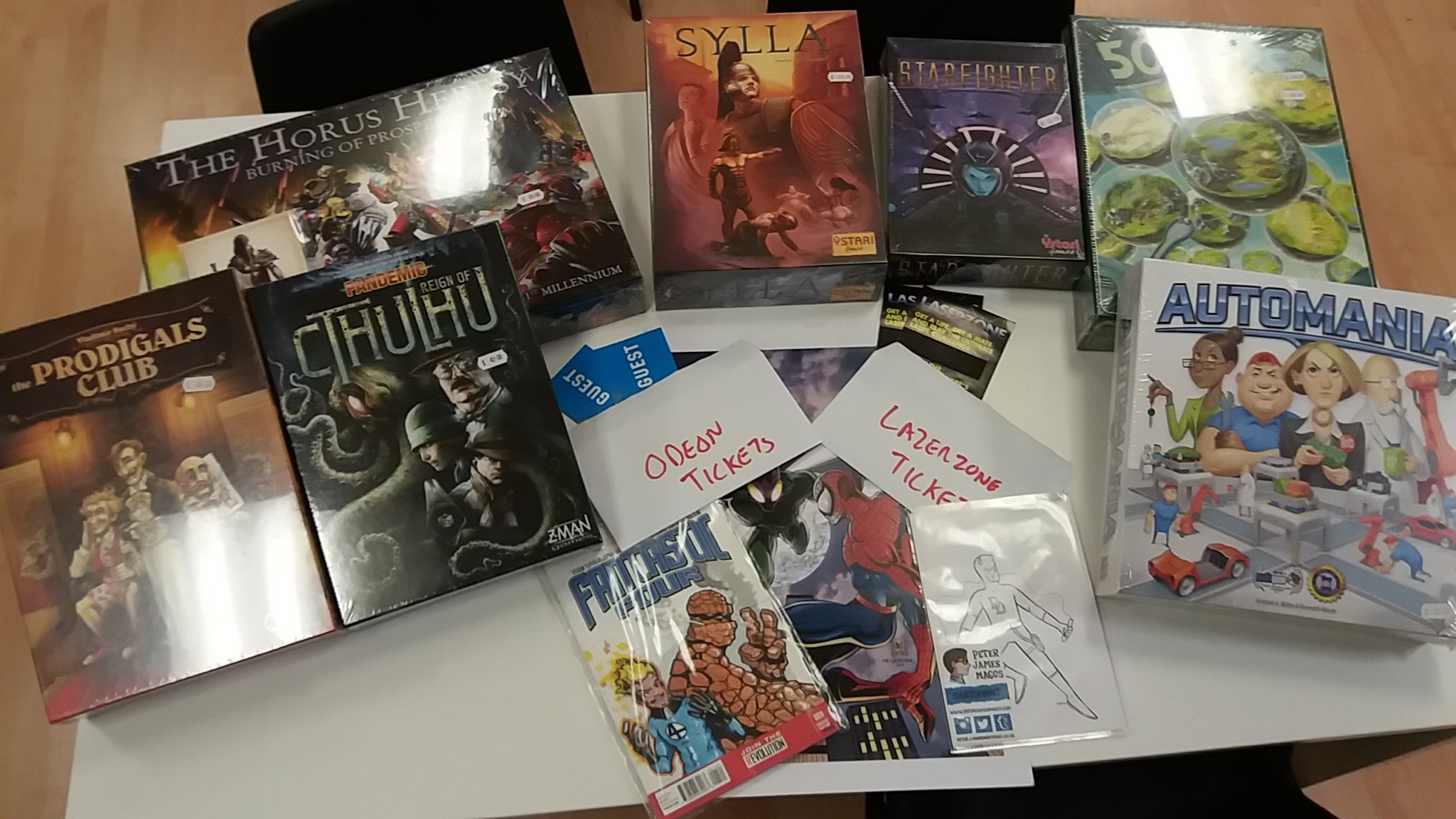 Our raffle prize-pool so far includes a Spiderman Print donated (last year but went astray during the draw last year) by Anthony D Lee, a Blank SketchVariant Fantastic Four Comic With a sketch by SoK donated by Swansea Comics Collective, a Daredevil sketch from Peter James Maggs, and £300 worth of boardgames from The Gamers' Emporium.

We're hoping that many of the other vendors attending will be adding their own unique prizes to the pool on the day as well, so make sure to buy your tickets (£1 each) at the Ticket Desk on Saturday.

The raffle will be drawn on the Main Stage of the convention at 17:00 on Saturday 27th . If you're unable to stay at the event until the draw, please make sure you leave your mobile number when buying your tickets.

We regret to announce that, for reasons beyond our control, Simon Williams has had to cancel his appearance at this weekend's Swansea Comic and Gaming Convention. Simon sends his apologies, and hopes that he'll be able to make it to next year's event. Whilst it is unfortunate that Simon can't make it, we've still got a great line-up of guests coming; including The Etherington Brothers, Dylan Teague, Conor Boyle, Steve Lockley, Pirate Rock Duo Jollyboat and Iron Warrior Cosplay! See you all on Saturday at 10:00 folks!
Posted by SCGC at 10:00 No comments: 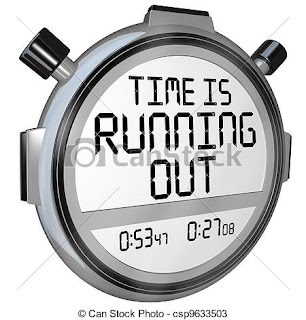 If you've already booked your tickets for SCGC online, well done!  We'll be posting them out to you on Monday

If you still want to book your tickets online, you have until 23:59 on Friday 19th May to do so.

On Saturday 20th May (1 week before the Con!) we'll be removing the option to buy tickets from the website (because we wouldn't be able to guarantee them reaching you in time after this date).

You'll still be able to buy tickets from The Gamers Emporium and The Comix Shoppe until Friday 26th May.

Ticket holders will get queue jump access into the venue on the day, via their own special entrance rather than having to queue with the muggles who left it to the last minute.
Posted by SCGC at 10:00